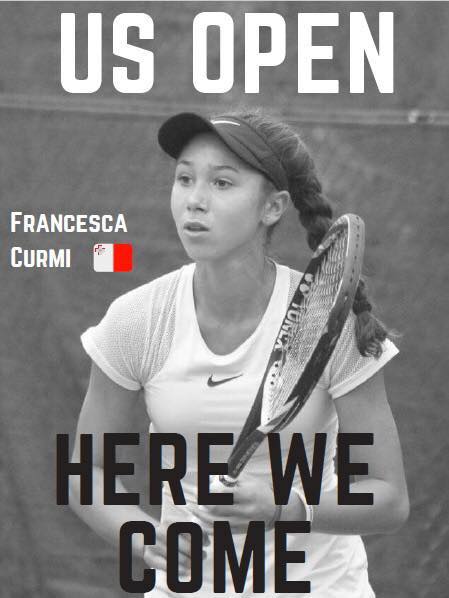 Francesca Curmi, ranked world number 58 in the juniors’ circuit, will be playing her third Grand Slam tournament this year, this time in New York at the US OPEN. She will be playing in the main draw against the top 64 juniors in the world. The tournament will take part at the Billie Jean King National Tennis Centre where more than 700,000 fans enter the gates annually.

The event will take place between the 2nd through to the 9th September 2018.

The Qualifying Stage draws will be held today, Friday 31 August, and the 64 player Main Draw is scheduled to be held on Sunday 2nd September. The Malta Tennis Federation wish Francesca the best of luck for in the competition for which her ranking has led her to a direct acceptance into the main draw.

After having successfully qualified to the main draws for the Junior ITF organised by the Grand Slams of Roland Garros and Wimbledon this time, and thanks to the hard work Francesca has put into her tennis, she will have a fresh start in playing a Junior Grand Slam Tournament.  Francesca continues to make Malta proud with historical firsts for Maltese Tennis only at the age of just 16.

Francesca has been given due recognition as one of the world’s fastest climbing players for her rankings of the ITF Juniors’ Circuit. Just before turning only the the age of 16 in July 2018 she had already raised her under 18 ranking into the top 70. For this very achievement Francesca has been invited and selected by the ITF to participate in their annual Grand Slam International Fund Tour of North America where she has so far participated in a number of tournaments. These tournaments, which included very good performances at the Prince George’s County International Hard Court Junior Tennis Championships and the Les Internationaux de Tennis Junior Banque Nationale du Canada, have also contributed to her climbing to number 58 in the world rankings due to her talent in obtaining excellent results. During this period Francesca also took part in a Training Camp in Washington DC together with some top USTA Junior Players. 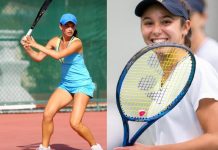