The great international tournament that celebrates fair play, respect and friendship is coming to a close: the last, decisive sets of the event will be played from 17 to 20 October at the great Monte-Carlo Country Club, the site of the ATP Tour.

The final in Monaco is the culmination of an international journey which began in early 2019, with the participation of 17,875 children across 13 countries, including Austria, Belarus, Bulgaria, Germany, Ireland, Israel, Italy, Luxembourg, Malta, Monaco, Poland, Ukraine and Hungary, with a total of no less than 172 tournaments.

The numbers are growing year on year, but the spirit of the event – this year in its third edition – remains the same, and perfectly reflects the mission and philosophy of the Kinder Joy of moving project. As such, the Tennis Trophy is much more than a simple sporting competition; it also promotes values such as confidence in oneself and in others, integration, friendship and respect.

This year, these important values are supported by an exceptional ambassador: the Croatian tennis player Ivan Ljubičić – perhaps better known by his nickname “Ljubo” – the former world number 3 in the ATP world rankings. Ljubo will be in attendance at the official ceremony at the International Masters in Monaco, and will take part in the award ceremony, as well as accompanying the young competitors during the event, particularly at the “meet & greet” on Sunday afternoon, where he will be on hand to answer their questions and to pose with them for souvenir photos.

The four days of the finals will see 94 players aged from 9 to 12 years who have succeeded in the national stages doing battle against one another. The matches are played without the help of referees, and the young players will have plenty of opportunity to have fun and give their very best, with the guidance of a code of fair play with a strong focus on education.
A number of prizes will be up for grabs at the final, including the Fair Play Trophy , which will be awarded to the young tennis player who particularly stands out for his or her honesty and sporting spirit.

There will be plenty of opportunities for celebration and entertainment too: from the official ceremony scheduled for October 18th at 5.30 pm to the prize-giving and the visit to the Oceanographic Museum of Monaco on Saturday afternoon for the young people not playing in the matches. In addition, there will be a tournament between children and parents on Sunday, October 20th with Ivan Ljubičić court-side, along with many other opportunities for coming together and sharing experiences during the exciting activities organised in the Kinder Joy of Moving village.

The initiative was launched in 2006 in Italy on the basis of a format created by tennis player Rita Grande, a former Italian champion, in collaboration with Kinder Joy of Moving, in order to promote an active lifestyle and spread a love of the sport through new generations. In 2017, it took on an international dimension, with a view to promoting the positive side of sport and the joy of movement at global level.

Kinder and the joy of childhood

At Kinder, we believe that a happy child today will make a better adult tomorrow and that is why we have always aimed to bring little but important moments of joy to children and families around the world.

However, not everyone knows that for years Kinder has also been committed to another important objective: to bring joy to children through moving, encouraging their natural inclination to be active, move and play.

Kinder and the joy of moving

That is why we started Kinder Joy of moving, an international Ferrero Group Social Responsibility project. Kinder Joy of moving project currently inspires four million children and their families in 30 countries around the world to get active, enjoy moving, and develop life skills in an engaging and joyful way. At the heart of the project is the strong belief that a positive attitude towards movement will make today’s children, better adults tomorrow.

The initiatives of this project are inspired by Joy of moving: an innovative, scientifically recognized educational method. The Joy of moving methodology aims to get children moving, through play whilst also developing key skills in four major areas: physical fitness, motor coordination, cognitive function and creativity, life skills. Joy of moving instinctively shifts the focus from performance to fun, from competition to collaboration.

Whatever the game, let joy win

Irrespective of the sports discipline, the playing field and the level of performance or ability of the child, Kinder Joy of moving lets the joy of movement win.

Kinder Joy of moving organizes and supports physical education programs in and out of schools, sporting events for children and school competitions with the aim to guarantee that movement is above all a joy for children. Kinder Joy of moving also runs multidisciplinary events to bring children closer to sport, collaborates with athletes and former champions to inspire, and supports research projects focused on the benefits of an active lifestyle. 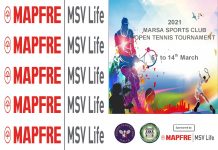 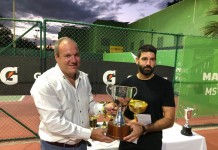 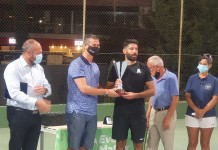