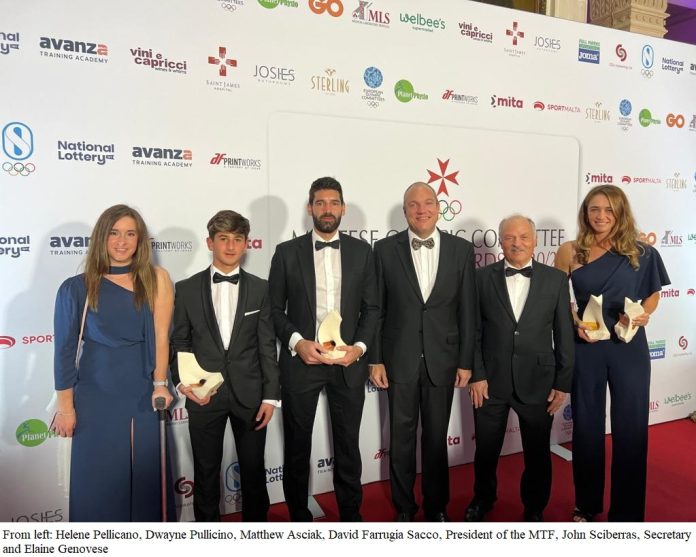 Awards were given out in various categories in recognition of the multitude of achievements earned by #TeamMalta these past 2 years in tennis. #TeamMalta achieved stellar results in the Billie Jean King Cup, Davis Cup and the Mediterranean games as well as other achievements on the international level.

Elaine Genovese and Francesca Curmi received a 2021 Gold Award for their various achievements including a silver Medal at the Mediterranean games held earlier this year.

These recent results and achievements bode well for the upcoming Games of the Small States of Europe (GSSE) which will be held during June 2023 and hosted in Malta. Well done to all winners and everyone involved in our great sport during these recent years.