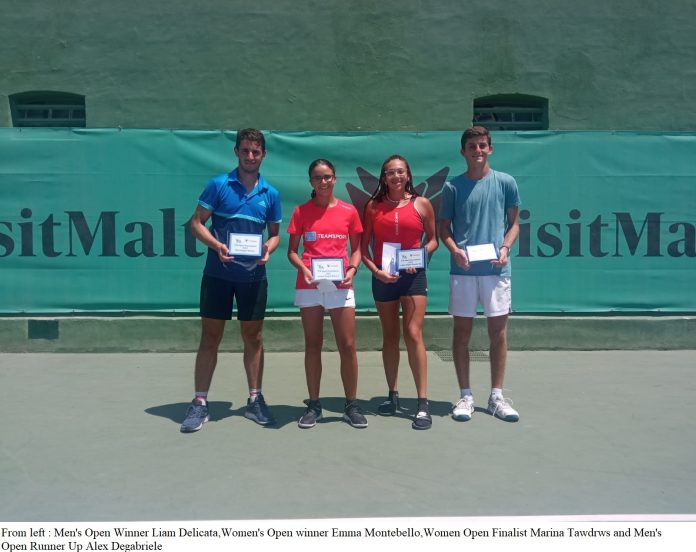 The TCK Open sponsored by Visit Malta and sanctioned by the Malta Tennis Federation came to its conclusion earlier today.

A good turnout of participants and the very high level displayed made this year’s event a really enjoyable event for those who watched the matches.

Yesterday in the men’s semi finals Liam Delicata faced the highly talented Mariano Aguila of Argentina. The early exchanges were keenly contested but Liam’s greater match fitness saw him prevail 6-3; 6-2 to advance for the final.

In the other semi final Alex Degabriele came up against another young and talented player, Alexander Kotan from Australia who was involved in an epic 3- hour battle in his quarter final match against Strahinja Djukic the evening before.

Degabriele started strongly and never allowed his opponent to settle down. Kotan tried his best and there were some nice exchanges but he seemed a little flat. Degabriele, on the other hand, kept his level and high intensity throughout to win comfortably 6-1; 6-1.

In the ladies semi final the promising Emma Montebello produced a solid performance against the strong Italian, Rebecca Noce. Montebello’s greater match fitness, however, saw her prevail 6-0; 6-1. In the other semi final Marina Tawdrws proved too strong for Roberta Fenech to win 6-2; 6-0 although the latter should be proud having reached a semi final on her debut in an Open event.

In the ladies final Emma Montebello therefore played against Marina Tawdrws. Emma played superbly and dominated from start to finish to win comfortably 6-0; 6-0.

The men’s final between Liam Delicata and Alex Degabriele was a totally different affair. The first set was closely contested and Liam edged on the tie break. Alex made a good reaction and won the second set 7-5. The early exchanges of the third set were shared as both players gave their all. Liam stayed stronger and was more consistent to clinch the third set and the match 7-6 (3); 5-7; 6-2.
Well done everyone! 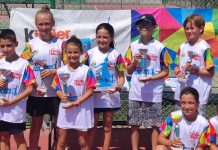 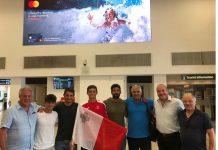